If a player uses an exploit or glitch, including but not limited to the following:

· Illegally gaining money in a way that is not a direct disadvantage to another player;
· Duping;
· Taking advantage of Adminshop or government chestshops (i.e. apple exploit);
· Any other exploitation through glitches, bugs, etc.

Full honesty and cooperation in the investigation into the offences that resulted in a ban will result in a 20% decrease in total ban time if applicable.

Every established player has been wondering how Nycempire gained his millions coming out of nowhere. At first we thought he was just lucky with the casino and his slimefun shop but recently it’s been brought to our attention by richie that he had earned another 4 million in the last few weeks.

So we did some digging and found out that NYCempire has sold 66 thousand stacks of coal blocks to the government trade center. 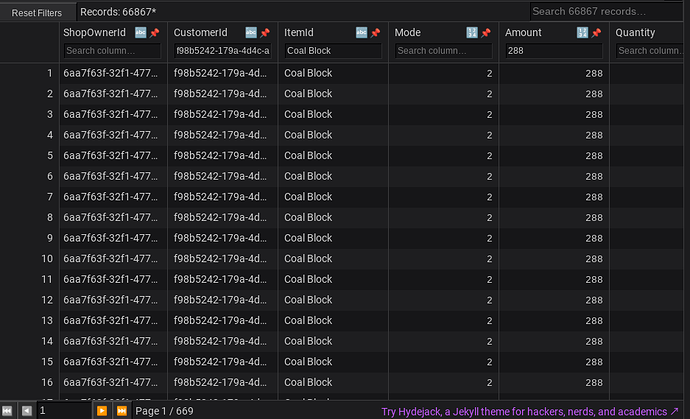 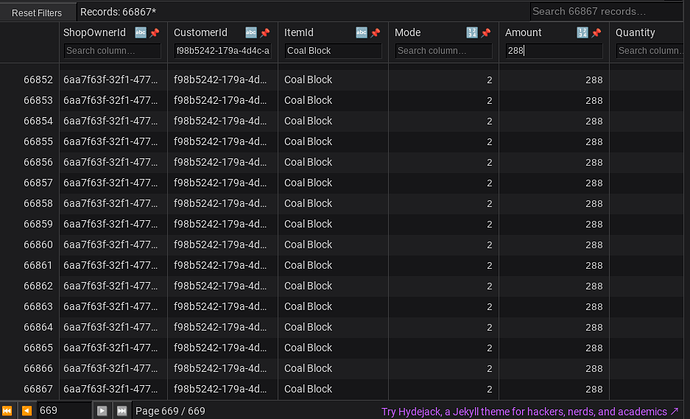 He used slimefun to turn 1 diamond into 32 pieces of coal, which is fine on its own but in order to gain that much coal he’d need 38 dubs of diamond blocks which cannot be obtained from slimefun or any other way physically without duping, especially with the very little time he’s been on the server.

Other things we found were 8 stacks of large fluffy barrels, 3 stacks of nuclear reactors and a bunch of other slimefun machines that are rather hard to make and would require insane amounts of redstone and carbon.

With the excessive amounts of vanilla and slimefun items in his storage it’s estimated that the duped materials are worth 35 million.

However, upon being confronted with this NYCempire worked with us and brought us to the place where he claims to have gotten the items which lead us to a massive Argos storage with millions worth of items as well. This included various shulkers with various hard to craft slimefun items that were placed in the exact same order and quantity.

It’s been calculated that to make that many Slimefun items it would require more resources than can be found in the server.

Punishment:
Overall NYCempire has been very helpful in uncovering gbt’s hidden dupe stash, he claims to be innocent and thought agora/argos just had some very op farms in the past. Normally a heist like this would result in a 51 years ban but since NYCempire has never been a problematic person on the server and he already is about to lose all his assets including the city he worked so hard on we’ve come to the agreement to have him banned for 2 weeks.