Alright, as a maths expert here I have a stupendous suggestion.

Right now, HM map be big, but HM have few players. Everyone be far away from everyone. This not good.

I suggest we shrink the map to pre-Magnus size. Since the staff have no qualms about using world edit anymore, they should yeet existing regions into the shrunken map. This would allow for the current infrastructure to be rebuilt. It would allow for players to make friendship. It would cause raise inherent land value. Old land would be reclaimed instead of abandoned for pristine new land 10000 blocks out.

I also suggest we demolish Crystal Bay (not event hub) for it has forever been a signature of failure, we reinstate warps, and lastly, get rid of ah.

The best way to reduce wealth is to increase the cost of living. This some dumbass graph I found but on HM the main expense players have is housing and I think that drives the point. 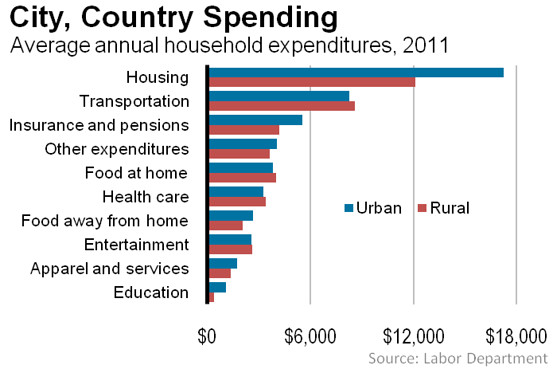 I think you underestimate how much workload it would take for upperstaff to do this as they’re the only ones who have access to world edit and are quite preoccupied with other stuff. This would take ages to accomplish with the also underestimated amount of regions in the post-magnus world.

I mean you could take the easy route and reset the server but people don’t want the server to reset. Obviously, in order to make HM a functioning server we gota do some hard stuff. I think this suggests some of the hard stuff we gota fix.

I have plans for CB, as a new player capital, I think it has potential.

What about the current capital? Helloclan already has better infrastructure ready, it just needs to be remodeled. Look at west helloclan, it got revived, why cant we fix main c too?. We keep leaving stuff abandoned and not fixing them.

I agree with reinstating warps and removing ah, but the level of work for shrinking the map would take 10 players with Narwhal’s work rate to do it in good time.

This is a non-problem… the problem isn’t the distance between players, it’s the lack of players. Most people would still be working privately on/in their own bases, just in closer proximity to each other. The gathering of HM players at certain locations would remain unchanged.

What about people who have land out near the edge of the map?

It was explained in the post, with maybe not the best phrasing though. These regions would be moved inside the smaller map.

And what about cities that exist outside the old borders? You can’t move those at all. I don’t think this is practical to get done because there is no real benefit to justify the work that would be put in.

I hate that the map was expanded in the first place with no discussion whatsoever but that is how it is and will be. I think the focus should be more on getting players to the server and better advertising.

In the old days you had to buy a ticket at the airport to get to places. Yes there was the competition with the government cities with warps but at least communities were growing in lots of centralised places. At the moment we seem to have players dispersed in any number of active/inactive cities and wild regions. I think it was accidental that they removed the ticket prices as players weren’t consulted and city owners paid a lot for their airport to get the privilege of earning money from the tickets.

I don’t think the size of the map is the problem, I think it’s just the airport system has been nerfed so much, destroying a whole economy just so players can disappear off wherever they want whenever and not grow the central economy where their base/home is. Players then become too lonely and don’t see the point in staying around. Then you get those communities that have really put the effort into developing their community, like the new aurora folk, but players start to get more busy as they get older and you find over the years these communities do disappear or become more part time.

Yea, what Luna said. This suggestion is not the most well-made, but I think the server was not ready to expand to the size Magnus made it. If I remember, previous expansions were only 500-1000 blocks, not doubling the size of the map. I like expansions, it allows players to access new generated land from new Minecraft versions. People keep saying “We need new players,” but it is not that simple, otherwise we would have figured that out years ago. It is not about how much money we can spend on advertising or on the server, we already had someone try that. I believe that new players need to create connections with existing players to stay on the server. They cannot do that if they live miles away from their neighbor. There is a reason rural areas are sparsely populated, and right now, even with Hellominers’ vast previous infrastructure, we are that rural area. If we want to attract players, in my opinion, we have to look more connected, have a functioning economy, and a step towards that is living together, closer.

Private Cities are another topic, I believe they are fundamentally flawed right now, as they no longer serve their original purpose. Yea, we probably will not be able to shrink the server to what it was, however, I do want to shrink the map as much as possible. I think there will be benefits to shrinking the map, such as having more interactions on the server, no longer having an abundance of natural resources, and making land more valuable. When Dyald last suggested a reset two thirds of the server voted against it, their reasoning is we can fix the server. I’m sorry but we have been saying that since Magnus was demoted but progress has been slow, if not stagnant at times. I know this is a challenging task to say the least, especially with staff being volunteers, but as a server, we lack the agenda towards fixing HM, and this I feel is a important step.

I don’t think anyone has actually spent money on advertising the server. I’ve never seen a paid advert for it or a featured spot on any list. Some people might have got some in-game currency from doing things like insta though. With the little amount of players I don’t think it matters how spread out the cities are, it’s how they connect and stay in those cities and the number of inactive players. You do tend to find players sometimes come in groups and they will house themselves together. Then they go off touristing everywhere for free. Airport should be like 100f, owners get 50f from that.

If you look at real life, people come and go, but in a functioning city, there is always someone new to replace them. An analogy that I think represents HM the most, is an old gold mining town, people came in swarms and once the gold was gone, they left, leaving only a select few behind. These people grew old and frail, unable to have children to replace them, and one by one they passed away, eventually leaving their old gold mining town a ghost town.

I agree the airport system needs to be fixed, but the airport was only important when we had players to populate the various cities you could purchase tickets from. Reinstating warps I feel is a better idea. Warps were a great way to centralize the community before private cities became popular, and I view it was as a way towards centralizing the community now.

Tedde until sometime in 2017 spent like 100$ a month advertising the server. Magnus, I think spent some money on advertising, I could be wrong. I agree with you that players need to be connected, but the best way to do that is if they live in the same city. Right now, everyone and their mother owns a private city. I think I good plan would to make government cities just better, that way instead of us owning our own private city, it would be more attractive to own a plot in a government city instead. That way we are actually neighbors, instead of vacation house buddies.

So far the two reasons against this are as follows:
-Gurr staff overload
-It’s because we lack new players that is to blame (not really against).

This sounds kinda cool and as an avid player for two months I clearly don’t have too much of a stake in HM’s history but so much scattered around the map means players don’t get to experience it all and putting everything closer would also allow smaller cities to get some limelight. amen sister close those borders!

I just think yeeting cities and shrinking the map is not the new reset argument for 2023 and it’s not gonna fix the lack of server advertising or the fact that no staff/player has effectively had a good run at managing a gov city yet. There’s certainly tonnes of development issues and a very messy map but I think this will evolve over time. One thing for sure is when managing cities, gov esp, they need to think hard about what that city should look like in another 11 years. Should it be the same or should it evolve as not evolving has already made HC redundant. The only exception being West HelloClan City, which has been managed and developed. We just need dem players.