4K606 here, and no, im not going to tell you jews are shooting fuckin lasers at the moon. 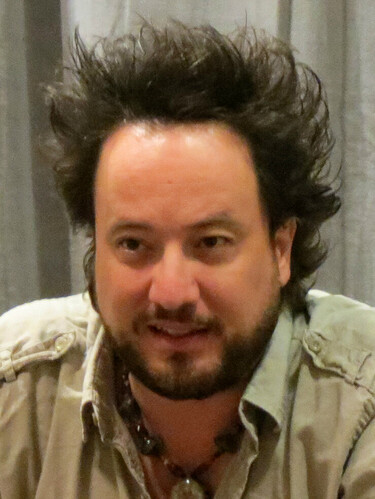 Today is a great day in Hellominers history. As a founder of the United States, Donald Trump once said, “today is one of the greatest of great days.” Approximately, during british morning hours while American’s were sleeping off their hangovers this Saturday, I first hand witnessed one of the most satisfying bans in Hellominer’s history. The reign of authoritarian dictator Great Cheese Tacos the third has ended as he was finally decapitated on charges of duping and bribery of government officals. Not only did his head roll into the basket like King Louis XVI more than three hundred years ago, but so did his personified extension of himself, nyc. In terms of Dave Portnoy’s 1 bite you know the rules Pizza reviews, I would have to give this ban a rating of 9.4 on the tastiness scale. That makes Gbt’s last hooraw greater than ones such as Chickenfarm7 and Zillux, however, it will never top the Saddam Hussain of moldy cheese himself, Molderion.

Now, you might think, 4K606, you must be on some good shit, but I will assure you I am not and I will like to present you with my iron clad of iron clad of conspiracy theories: GBT was NYC.

I know you people out there might think this already has been disproven, but I’d assure you not. As a firm believer that Gbt was NYC from the gecko just like Joseph Smith believed a gecko led him to fuckin jesus I’d like to present my concrete theory.

I’d like to credit Thendil for this as I lack less chromosomes than a potato, however, both GBT and NYC were not names, but acronyms. GBT means God Bless Texas and NYC obviously means New York City. Now, as someone who has known gbt longer than the existence of Fortnite I know the guy loves stocks/investing so it makes logical sense for him to choose the acronym of another state he is very familiar with. Ironically, NYC (the city) is known for their corruption just as much as GBT is.
Alright, heres why I explain my logical explanation of to why a player of such a caliber as GBT would go to such lengths to transform into something new, like how Netflix tries to act like they made a new interesting tv show when in reality its just pushing another tv liberal lesbian relationship show at my face (nothing wrong with that just IT DOESNT HAVE TO BE EVERY FUCKIN TV SHOW U MAKE).

Hellominers is addicting, if the United States were to rate it, it would probably be a schedule A drug. The people who escape HM are lucky, most of us can never escape, only relapse. Gbt falls into that category perfectly, he follows a very unique predictable pattern. Gbt plays nonstop for months, gets banned, throws a tantrum, takes a hiatus, and comes back. Repeat. Only this time, just like the US judicial system, three strikes your out. If gbt got banned again the likelyhood of his account getting unbanned was slim. The worse thing for an addict like myself, is to go cold turkey, and obviously Gbt aint gona let that happen. So what does Gbt do, he creates an alt, slowly starts playing with the alt on the server and eventually, “transitions” the land ownership of all his major possessions from his main account to his alt. This was the cover, NYC is going to become the manager for Argos city. Now with the duping story released, that seems a bit suspicious, why would Gbt knowingly give access to a player outside of his inner circle who only just joined the server to his city which contained a majority of his duped items/wealth and then be openly fine with them abusing that wealth putting them at risk unless that person was themself. Now it makes since Gbt would want to start off again as a new fresh player on the server who strikes it rich, Gbt’s reputation on the server was like a snowball going downhill, it was not good, especially after he got banned last year for printing, AGAIN. As a person who has switched accounts on this server because I previously had a bad reputation of not paying off loans, this reasoning seems prefectly reasonable and smart to me. If NYC is actually Gbt it worked pretty fucking well until their dupe stash got exposed. Not it is quite annoying, however, if you have enough attachment to something, like gbt did to hm, I would not find it such a stretch to assume he used a vpn and a new mc account to play as a new person on HM. I was suspicious for a long time because NYC seemed to know how the server worked before he joined, which was similar to how I figured out DeveloperNova was using an alt account on HM a year or two ago(I eventually found factual proof for that one however and he went bye bye). In the end, this basically summarizes my conspiracy theory that NYC was GBT alt to escape his reputation and start a new. It doesnt matter bc both will be hopefully banned for eternity.

Also Id like to address a fact that the admin shops just need to go, people have been abusing those shops for over 5 years now and they have not been deleted so just remove them. Whether it be richie selling shitloads of coal and apples, to NYC selling 32 dubs of diamonds blocks worth 19 million forsals they are just a liability that have proved more costly than their worth in my opinion.

Anyways that finishes my tinfoil hat rant for the year hopefully. This server is honestly so fuckin fun due to the rabbit holes it leads you down and the incessant amount of history you gota know to piece things together.

I sincerely feel bad for any new player who has to read this not knowing what the actual fuck im on about.