PLEASE READ BEFORE COMPLETING THIS POLL! YOU DO NOT HAVE TO AGREE WITH WHAT WOULD RESULT FROM A RESET! THE POLL IS ONLY ASKING IF YOU SUPPORT A SERVER RESET!

Data and arguments from a post in July. New data is on the bottom of the post for comparison.

It has been a while for me, and I hope for a warm welcome back onto the forum with a legitimate topic at hand. I am once again advocating for a server reset. I believe that, at this current time, the situation could not be direr. Many arguments have been made in the past, however, I would like to present some new theories and evidence that we have at hand.

Per Full Statistics | HelloMiners | Minecraft Server List | Best Minecraft Servers, our average player count is 7. For anyone who has any background knowledge of our average player count was around two to three years ago, it was probably around 20-30 players. This has become especially noticeable in the United States and any time zones within the region.

I would also like to point out our statistics compared with a competitor with a similar play style to our server (we have no true competitor for a vanilla economy that is active anymore), 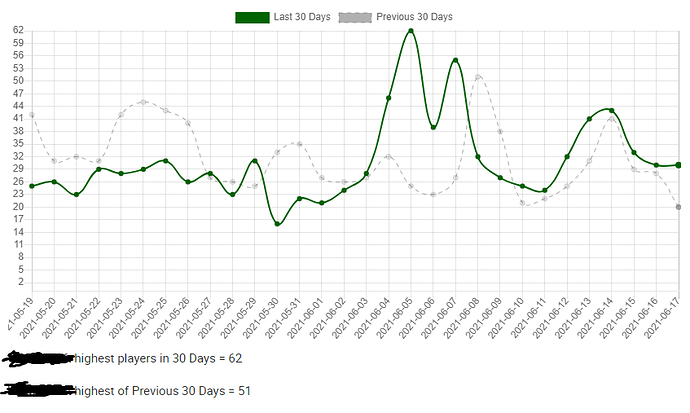 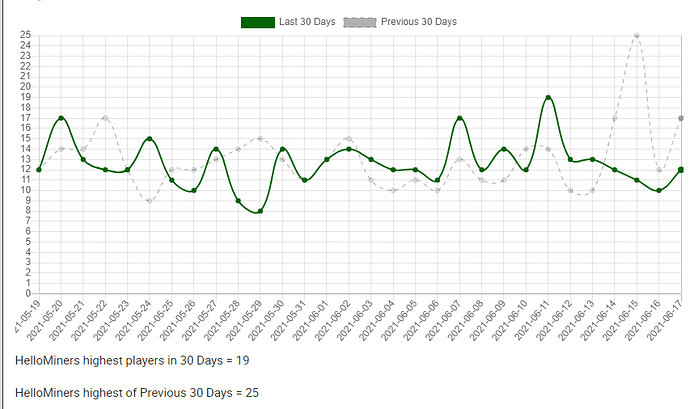 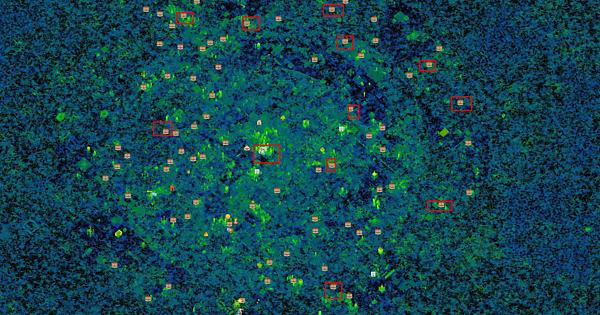 This image correlates to my “spread out” economic theory. Each box represents a player, either it is new or online. As you can tell, our map is quite vast for an average of 7 players contributing to the game itself. This group of players is highly likely to spread out amongst various cities. However, this will contribute to inactivity in and of itself. Since no city is truly active because of the spread-out nature of the player base, it gives us this facade that every private and government city is inactive when in reality, we just have a far too large map. This map was expanded to fit an economy that harbored at least 40-60 players online. Now, we have an average of 7. There is no plausible way for us to realistically make this work. The substantial nature of the map is not conducive for activity. It spreads the player base out and as an effect, causes our entire community and economy to falter. This is why a reset is needed. It is not possible to cut land off of the map and leave some for other players simply based on where the land is located. We need to completely clean this havoc on our economy up. This is what I would like to be included in a reset,

If we reset, we must do it correctly. These proposals will not only guarantee long-term success, but they will fix the attraction to the server that we have right now. I understand that some of you are not willing to give up what you have right now for this, however, just think about how much more enjoyable it could be to get back to where we were before with the community and a functional and active economy.

Here are some quotes to consider from our former Administrator, SpartanPride7,

What will happen to our player count if the server resets? I predict that our player count will increase. The few players who are still active today are already dedicated to this server, and will likely return after a reset. Some old players who left for various reasons will return for a fresh start. And most importantly, new players will join. New players are attracted to our server because of our unique game style and our caring community. Both of these will still here after a reset. Plus, new players will actually have a chance to thrive on this server after a reset, whereas now they start with 2k competing against players with up to 8mil.

At what point do we say enough is enough, though? From what I can see, we are at that point where a reset is our last viable option. Our map is littered with eyesores that will never be cleaned. Our economy is in bad shape. Our player count is low. How do we fix these issues? These are the same issues we’ve had for the past couple of years. No proposed solution has been good enough to fix some of these large issues. As for preserving our map, we can do that. What would stop us from keeping it online with build-deny on global? We could allow players to fly around and explore, while we have the new server running.

The original server reset was difficult (full disclosure: I was not there for it, this is just from what I’ve learned over the years). Many players said they’d leave and just hoped that the staff can avoid the issues that plagued the server. But that was not possible, and the server was reset. Only after the reset did our server actually thrive. The reset not only brought back all the original, active players, but also a huge influx of new players that likely would not have joined before.

Please, consider the server before yourself. Remember, if nostalgia is the issue, one of the demands listed is either a downloadable map or an exploration server into the server’s history. We have to be willing to move on. HelloMiners is on the clock. 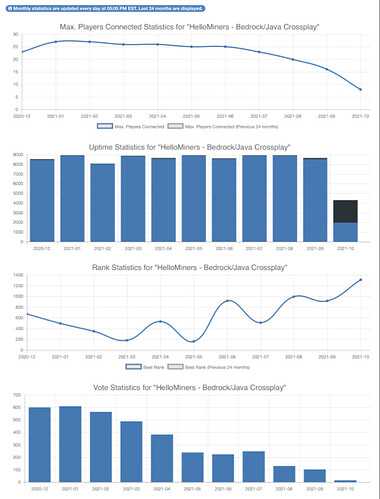 I dont understand why you do the same post every month expecting a different result.

You don’t even play on this server anymore. Why should we trust your opinion?

Although don’t think we should just reset. We should shrink the map and try to congregate activity into a few cities and restrict farming to interiors of cities. This server is way to spread out for how little and it is killing the economy by being so spread out.

Because the reasons I’ve listed are why myself and others no longer play or no longer seek out this server. The perspectives of those that stopped playing are just as important as those that still do.

That’s precisely what I’ve described in this post. You’re completely right. I appreciate the reply and that it doesn’t use my activity as a reason to choose to be ignorant to the statistics and arguments shown.

sorry man but people will never end up wanting a reset. this server could be on -1 players and it still wouldn’t reset, quite honestly i don’t care at all whatever this server does next but it sure won’t be that, maybe at 2-3 average players (or maybe it goes in the right direction, but it likely won’t)