Intro:
Since I’ve practically made the Suggestions part of the forum my home I’d like to suggest another addition to HM, a wiki. This isn’t a new idea, in fact it was attempted during Boots and Magnus’ reign in 2020 but like everything they did, including probably their relationship, it failed miserably. Slander aside, the idea of a wiki is really good only their execution was terrible.

Why should we have a Wiki, you ask? That’s a stupid question.
Wiki’s allow you to retrieve crucial information on parts of the server at any point. Not only would it be great for new players to be able to find information on cities, companies or places, but it could also provide active updates for the older amongst us. Kind of like forums except your posts don’t get drowned out after a month.

I personally would love to be able to read up on any aspect of HM I wanted to, within a few clicks.

I mean it has wiki functions as it had (and will have again in the 3.0 version) wiki pages on cities and companies.

Don’t know exactly what it does but it might be useful for a wiki.

Might come in handy seems pretty key, my aim is for there to be an extensive data base of all HM related things and if I have to stay up calculating cities land values etc I will

I already run a wiki with end. it ain’t official, but is open to public. 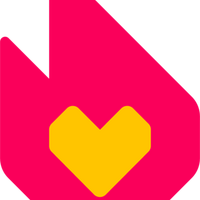 Fandom def has the best platform to run a wiki. Dont tell tedde i said that

Bro i think you just emailed him