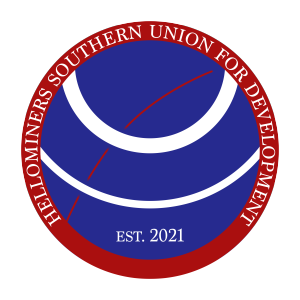 The SUD is a privately-owned nonprofit organisation dedicated to creating and building connections between the cities and private areas of the Southern Hemisphere of Hellominers.

Our main focus has been on creating private highways between cities and other areas. We have 3 main highways currently under construction or completed, and one affiliate road.

Headquarters
Our Headquarters in the River District of Montego Bay is currently under construction. It will host meeting rooms, storage areas and offices for the members of SUD.

Our roads
We currently have three highways that have been owned, operated and built by SUD.

SR1
This highway is the original highway built for SUD. It was constructed in June of 2021.

SR2 connects the Eastern stretches of SR1 and 3, bypassing AR2.

SR3 is the largest highway of the SUD network, by width, length and usage. It has a Note: The SR3 and branches are incomplete. The road currently terminates before Trakai, and only the connection to Ferobanke has been constructed.

A2
A2 connects Bunnywoof to Paradise Hills through the grade-level streets of Montego Bay and Russelville. It is not officially operated by SUD due to its low condition grade and that you must transit through city streets for the route.

Route Designation System
SUD has a special designation for all roads that are part of or connect to, our roads.

Map of SUD and Affiliate Roads
Note: The SR2 alignment is slightly incorrect: north of Snowpine, the road shifts to the west by about 30 blocks. This is not illustrated on the map. We recommend you open this image in a new tab to read it properly. 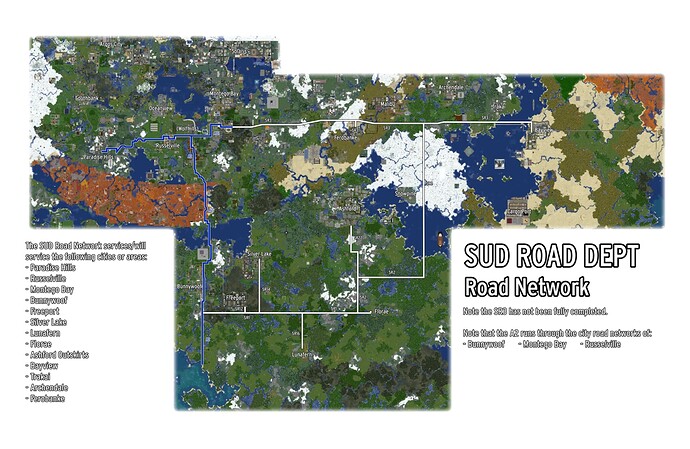 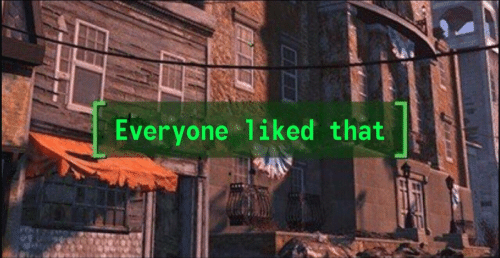 We are happy to announce that our good friend Omnie and their city Silver Lake is now an official member of the Southern Union for Development! Welcome!
Gladly the city of Silver Lake has a concrete connection to the SUD road network via SR14.

With work complete on lighting the SR2 highway, we are happy to announce that SR2 is now the first non-government highway to gain a Condition Grade of 8!

SUD Updates for the Day

Swamp Rail Line (BWF-LNF)
The line is officially opened! It was built last night and today the majority of the railway was upgraded to HSrail standards.

Information on the new line:
Single carriageway
Majority of railway up to HSrail speed standards
Stops at Lunafern, Bunnywoof, Freeport, and Silver Lake
Built by beak_boy as an asset of the Southern Union of Development
Note that stops at Silver Lake and Freeport run along a straight track between Bunnywoof and Lunafern, so they do not actually enter the city. Instead they are located where the road to each city splits of from SR1.

Development of Road Standards
I am currently working on creating a new standards booklet for all roads related to SUD. It will include actual standard designs (based on SR2 and 3), and will also include information on condition grade.

Work on Monbay Headquarters
Work is underway on the Monbay SUD Headquarters. This will be our main base of operations for storage, meetings and offices for member cities. Although work was slow at first, rapid pace has been made and soon we’ll be happy to open it up!