I know this is a highly anticipated announcement, and I apologize for the delay in releasing this information. The upper-staff team has been hard at work on several items that we will be outlining here, as well as a few others that will be shared in the coming weeks.

From this point onwards, any official requests should be done on the forums. This includes city evictions, TNT Requests, server suggestions, auctions (private and government), etc. We will be archiving the channels and will no longer be monitoring requests through the discord server. The reasoning for this is it will be easier for the staff team to handle and stay on top of. Currently, it is very common for things such as suggestions to be lost in the mix, so this will make it easier to access the information and discussions for different topics. With that being said, we also request that items such as server suggestions and their discussions all be kept to a single topic on the forums as opposed to a separate suggestion and discussion topic. This will keep everything organized for us to review going forward.

The upper staff team is currently finishing the re-writing of the server rules. Many of the current rules will stay the same, however with clarifications added. Additionally, new rules are being implemented, with more information to come with the official posting. These changes will help move the server and community in a positive direction from where we are currently.

As most of you already know, we will be following through with the decision to remove government city warps. As we reflect on the history of this server, a major focus has been lost, and that is the emphasis on player-owned cities. Gone are the days where private cities sparked major interest, and it is no longer economically feasible to start a private city. Based on input from our community, we have found that a major contributor to this lost focus can be attributed to the government cities and their easily accessible warp plots. As a result of these findings, we will be removing government city warps and replacing them with new infrastructure.

In a separate post, we will be releasing build contracts for the new airports in River City and Crystal Bay. We will also be moving the current airport in HelloClan City to a new location. The intention with the chosen locations for the government airports is to have them away from any shop plots within the cities. Additionally, we will be releasing contracts to construct subway stations across the government cities that will allow players to access different areas from the airport and each station.

The HelloClan airport will be moving to the following location outlined in red: 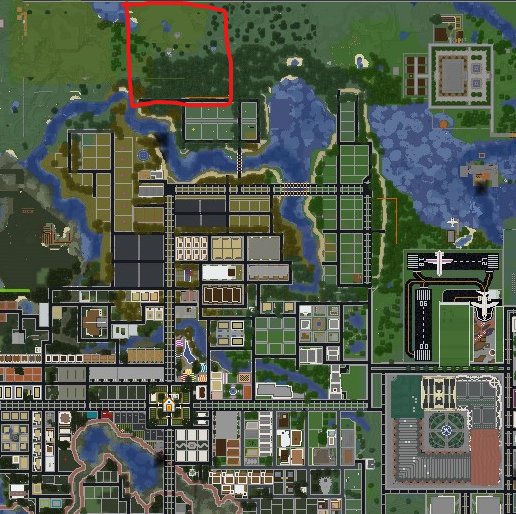 This new location will be north of the suburbs, away from any shop plots. We will then be re-incorporating the current HelloClan subway system into the city’s infrastructure. This will allow players to access all of the shopping and apartment regions within the city, without giving any plot a real advantage over the rest. As a refresher of the current HelloClan City subway line, the subway stop locations have been marked in the following image with a red ‘X’, and new stations are marked with a yellow ‘X’: 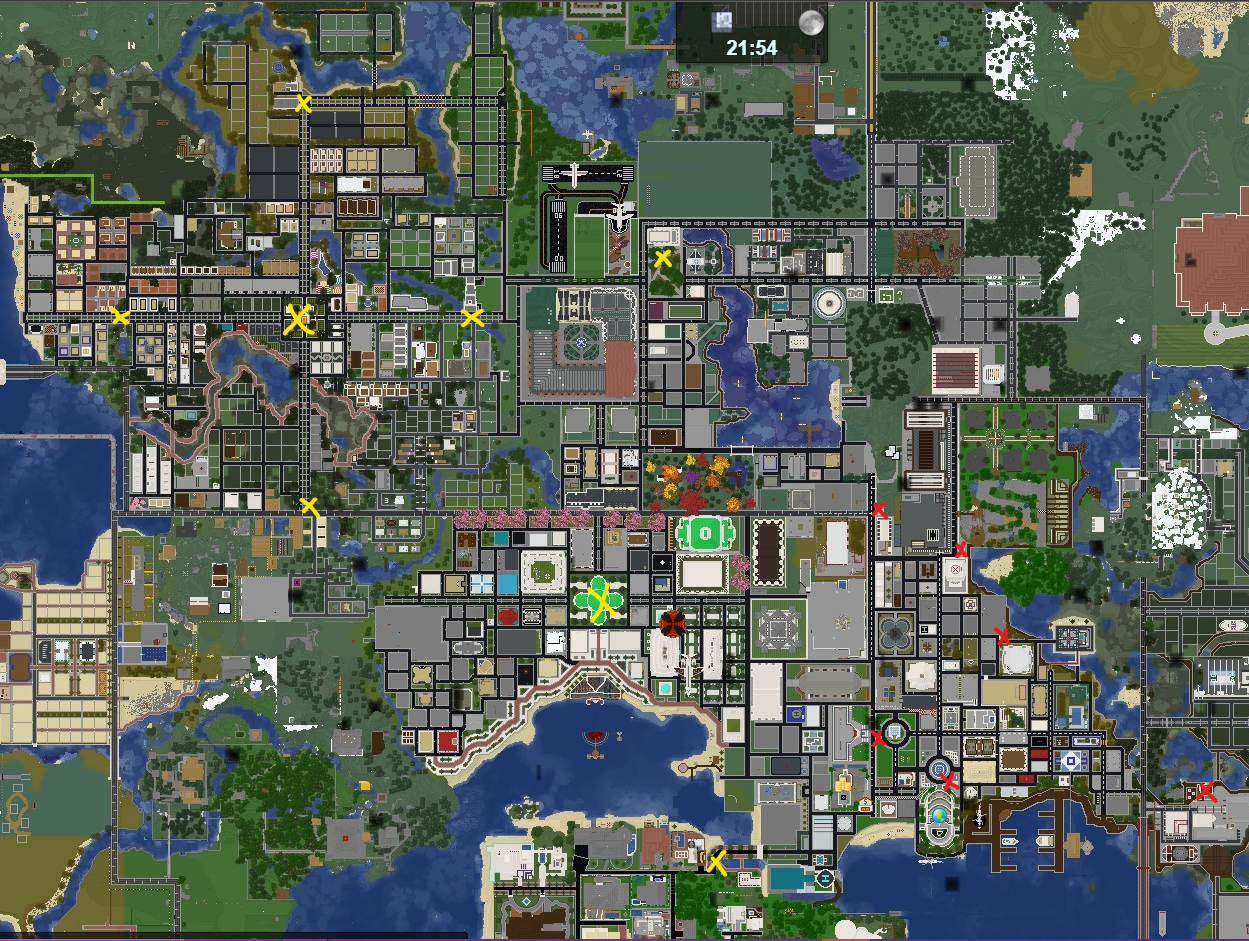 Note: Additional HelloClan Subway stations will be outlined in a future post as the city rework is completed.

The River City airport will be constructed in the following location outlined in red: 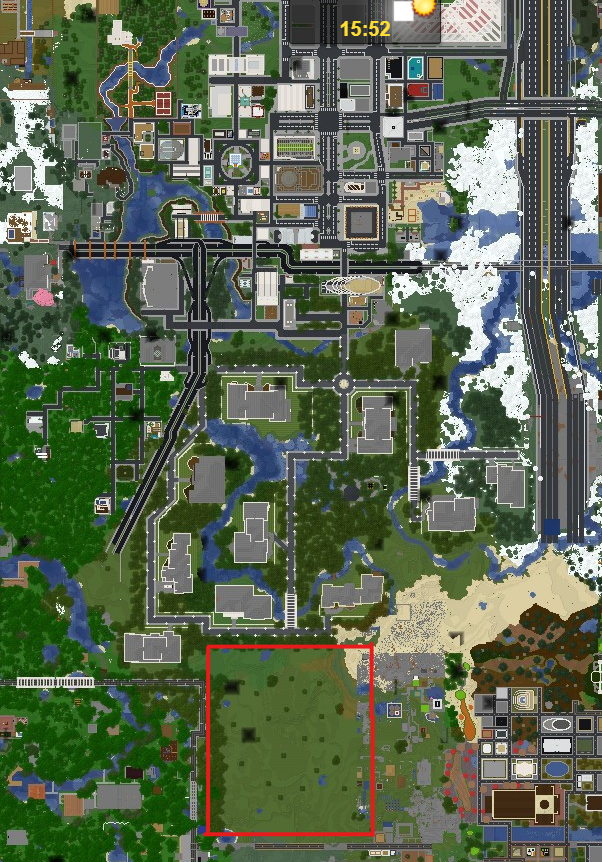 The airport will be located south of the River City mansion district, again away from any shop plots. As a result of this location, we plan to create subway stations in the following locations marked with a red ‘X’: 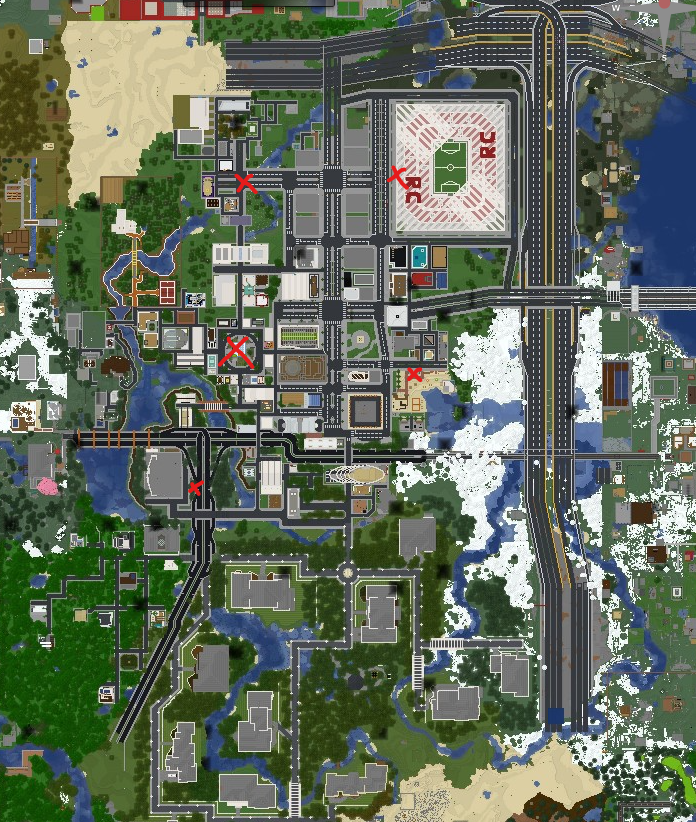 The Crystal Bay airport will be constructed in the following location outlined in red: 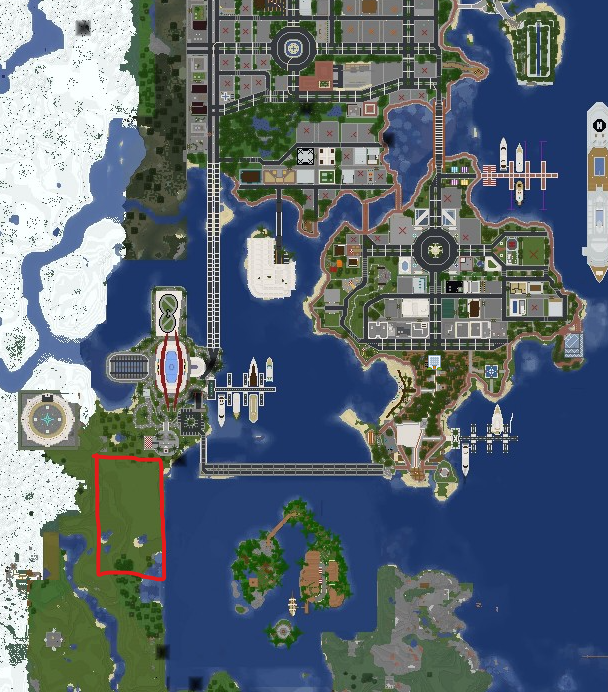 The airport will be located south west of the Crystal Bay Olympic Park, again away from any shop plots. As a result of this location, we plan to create subway stations in the following locations marked with a yellow ‘X’: 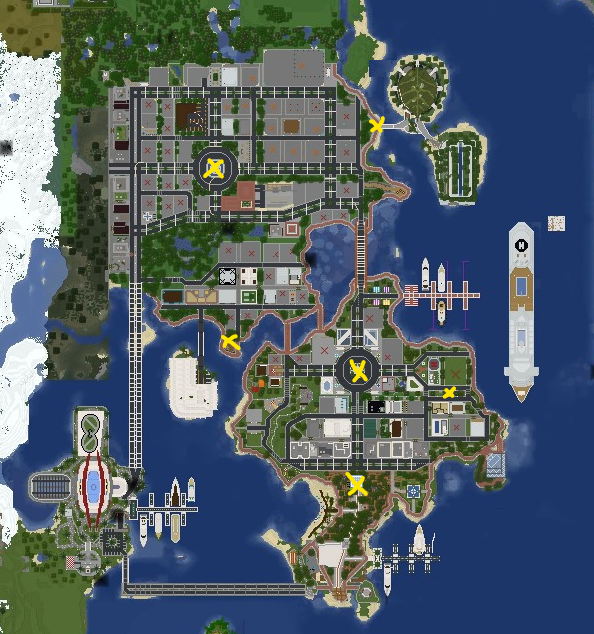 Valley City will not be receiving an airport. Instead, it will have subway stations accessible from the HelloClan airport. These stations have been outlined in the following map image with a red ‘X’: 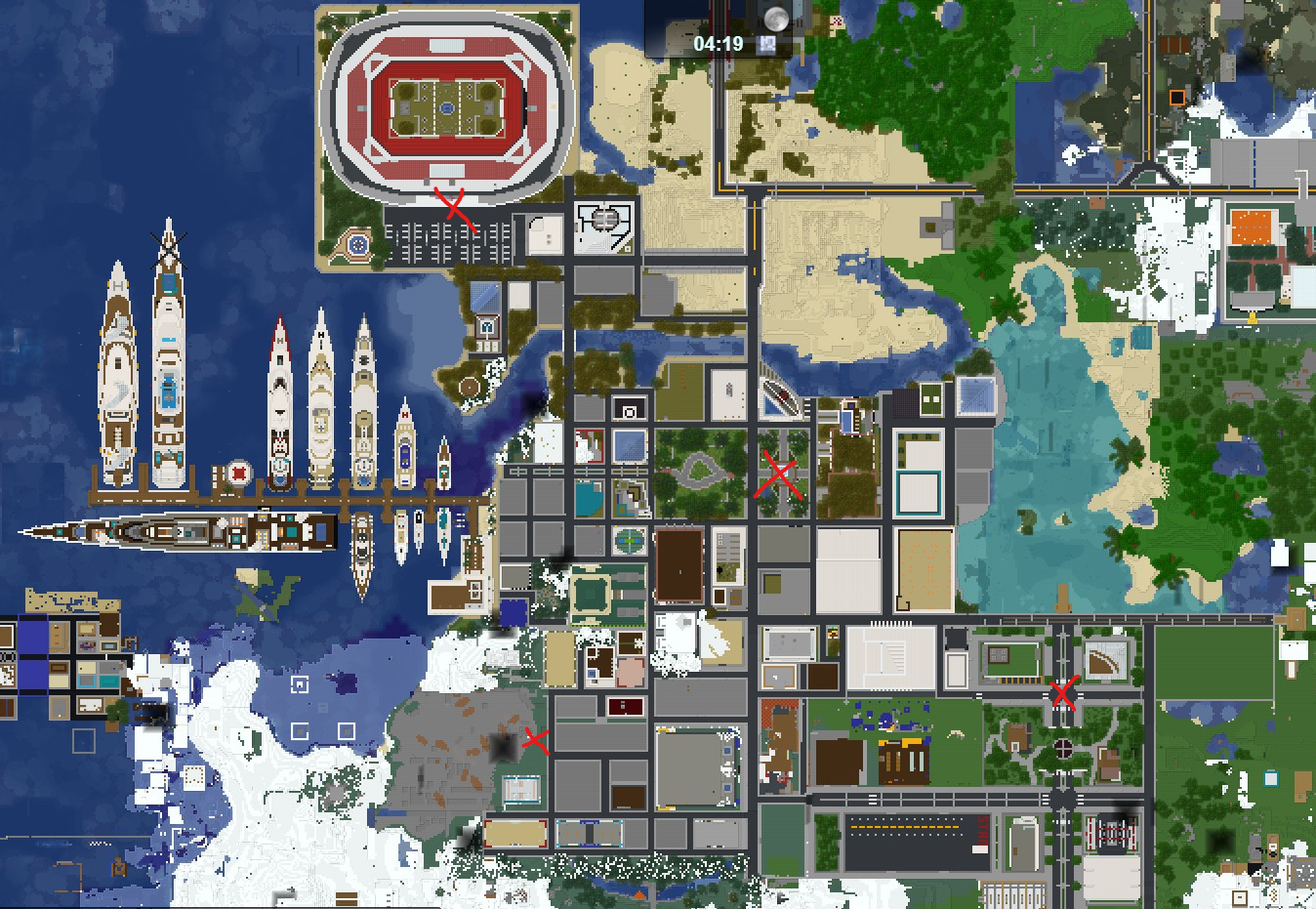 We are currently looking into the possibility of applying government city property tax to all plots within the government cities. We will be releasing more information on this topic in a future post. As well, it should be noted that private cities are more than welcome to implement property tax rules to their cities if they choose to do so.

We plan to transition away from the current individual city mayors to a council system. The current managers will still be responsible for their respective areas (NC, WC, Swamp City, etc.), however future decisions for the government cities will now be a collaborative effort between all the government city representatives to ensure uniformity between the cities.

The upper staff team plans to establish an economy council / advisory board for the server. Part of this change will include a system which will allow department and government workers to request government money and payment in an effort to centralize and clarify responsibilities and compensation. Additionally, this change will include the opportunity for the community to help inform on decisions for the future of the server’s economy.

We hope this information will clarify any concerns that you may have, and look forward to the implementation of these new changes. Once again, there will be more information on specific topics listed and not-listed here to come in the near future.

What about whether we are going to reset the current nether? I’ve been wanting to create a nether farm with Oza and a few others, however, no offical decision has been announced and I don’t want to build it now in fear that if there is a reset, it will get deleted.

The nether reset will be getting its own post, which will be coming very soon. We are currently trying to work out the logistics and then will make an official post.

Thank you for your hard work staff

I haven’t played on almost any other servers that aren’t the big mini game ones, but I do know that in comparison our staff team and way of doing things (ban reports etc.) is really great compared to similar servers, despite it’s criticism, so thanks ;).

Thanks for the update, really useful, glad that our suggestions are being heard again

What will happen to dealership considering it’s also in a city and plots near it still sell for quite high prices?

It’s bottom right of the valley city picture, has a subway connection to it

theses are acc really good changes, especially the warps. Hopefully it will really help private cities out. When I played I always found players that weren’t very new were mostly only interested in gov city plots, which is fair enough, but this should change things up.

More information on that will come as we wrap up the rule updates!

Will there be a way to get to the north city square from the airport next to the suburbs?

Yes, the north city square has a subway station and so will the new airport