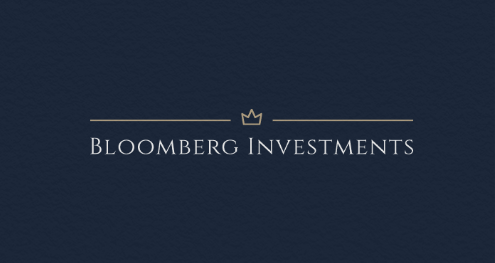 About
Bloomberg Investments is an investment company originally founded in 2017. The original goal of the company was to be involved in various industries. Since 2017 the company has seen massive growth with its assets in the millions. Bloomberg Investments is involved in a wide range of industries with a key focus on entertainment & property. Please see below for a full list of the involvements of the BI Group.

Entertainment Division:
The BI Group got involved in the entertainment industry two years ago, and has set about constructing Hellominers largest theme park “WonderWorld”. The park is being consturcted on over 1.1 million forsals worth of land, with rides such as “it’s a small world” and the “tower of terror” being major rides. The entertainment division of BI is entiraly non-profit and serves to provide a space for the HM community to explore.

Retail Division:
BI’s retail division is made up of Orestore, Harper’s and Fresco. Fresco was originally purchased off marvelman and the company expanded for quite some time. Fresco can be primarily seen in smaller private cities now. Harper’s occupy various plots in private cities & some government cities selling essential items. Orestore which is one of Hellominers oldest companies was purchased in 2020 from Bmatthew10 the founder of Orestore. BI aqquired all of its assets and naming rights along with its factories, headquarters and shops located around hellominers.

Accommodation & Housing:
BI currently holds vast quantities of residential accommodation, which ranges from over 200 apartments dotted across the map, housing estates in the suburbs and private cities. The BI group is the first port of call for many new players who are looking for their first apartment.

Private Cities:
The BI group has purchased a vast quantity of cities which it holds onto and sells at a later time. Such cities included, Cambourough, LA/Starling City, Elemental Hills/Malibu, Solis City to name a few.

The BI Group has various other “smaller investments”, the list above comprises the main investments the BI group focuses on. The BI group is in a dormant stage at the moment as I, (Mr_Bloomberg) am currently sitting my final examinations. The BI group is still looking to expand with a key focus on its entertainment division which has made major strides to opening up one of the largest projects on Hellominers.