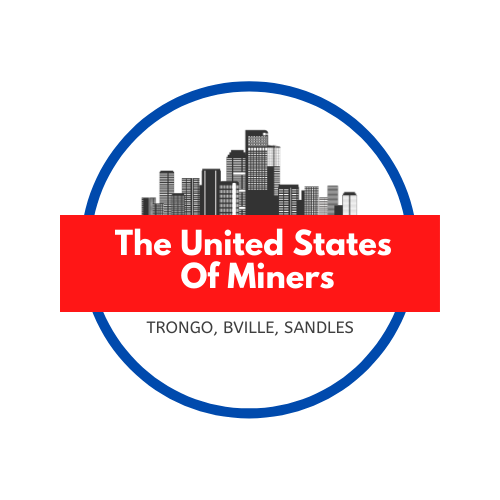 Welcome To The United States Of Miners!
The United States of Miners (U.S.M. or USM), is a group of citys located at -3818, -2596 **. It consists of 3 states, a federal district (trongo) and one unincorporated territory. The nation is Monarchy Constitutional Nation. A Monarchy Constitutional Nation is a nation that is controlled by a president who controls all aspects of the country but appoints departments to come up with ideas for him/she to aprove.

Our Military
The Triangle: The Office of our nations department of Defense. The office is located in Trongo (T-FD). Our Military has an airforce,Robotic force and Space Force. To Join Contact MrPumpcan.

Become A Citizen
To Become a citizen you must pass an online test on the history of our nation and pay a fee of 300F And Own land or rent property in one state.

The History Of Our States/ Federal Districts:
Trongo: Trongo is the current capital of the USM. This area is currently the only Federal District in the nation. It houses our capital and nation administration offices.
Bville: Bville consists of the remains of Pleatu City. When Pleatu City was unregioned the United States of Miners purchased the land and built BVille. Bville is a suburban state who’s economy relies on wheat and cattle.
Sandles: Sandles consists of the remains of Horizon City. The town was unregioned by its owner and was reregioned by USM. Sandles is home to our nations beach’s and is know as the most happiest place on Hellominers.