I’m Ultra, and if you don’t know me, I’m an admin here on HM. This is my first quarterly update on Mystic Miners, I don’t have a lot to show sadly. But I’d like to show off some of the features I’ve been working on. I’d also like to take Q&A if anyone has any questions. I am looking for ideas on how to implement some things like this onto HM, if you can think of any practical uses let me know.

Mystic was a side server which started progress around the magnus era however since then has not been worked on very much. I’m slowly chipping away at making something that I’d enjoy - more so a full RPG server with unique skills, mechanics and most importantly balance. One thing that limits me on HM is the struggle of balancing items, mobs and new player experience - which can be hard with items like nightbanes. Originally the idea was the main reason behind why we initially went to a bungeecord/hub back then which isn’t the case now. But I begun working on it in march of that year, and shelved development. I re-visited the project March of 2020 and started building a large, massive fantasy world from scratch.

This is quite the undertaking because unlike on HM a lot of server architecture and planning had to be put into it, on and off server. Unfortunately the server is not ready to see the light of day yet, an dI am working on the project part time because its something I enjoy working on. If the server does reach a polished state, we will treat it as a HM branded sister - but logistics around that will be discussed in the future. Originally the catch was to draw in the PVP crowd and attract a new playerbase to revive HM. 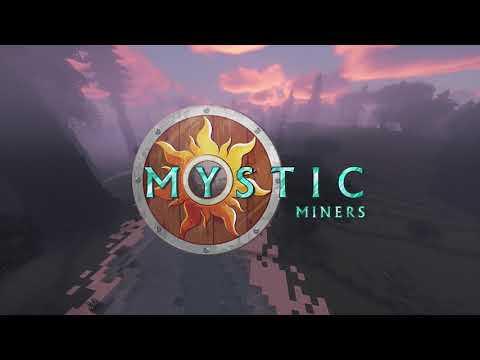 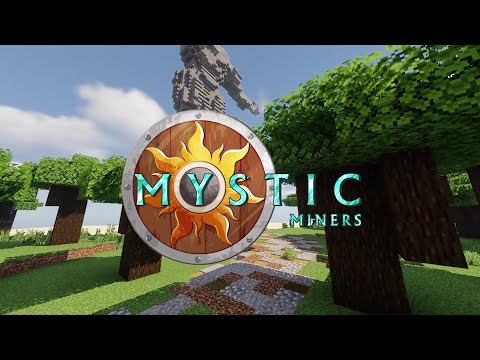 Mystic is a small scaled RPG server originally started a couple years ago, and has been slowly in the works since then. I am the main/only person actively working on the project and am doing it as more of a creative outlet/for fun.

When will it be ready?

Its a ton of work, not only do I have to code the script/mobs/items/systems and so on by myself - I need to also build the world (which I have a few helpers) make the dungeons, plan it all out, place the mobs, balance it and so on, its a never ending cycle. Most optimistically I can have a bear bones, skeleton release by the end of 2021. Once the main systems are setup for mobs, items, economy, plugins… and more… are all setup, it wont be as bad because we would be adding onto something existing, rather than making something from scratch. I have yet to start on mobs what so ever, I am still stuck on the building and planning locations phase.

This really isn’t an ad, so if you want to know more send me a message. But PROGRESS UPDATE! WooOO!!! yeah only aya is excited…

These are a few main systems that have been setup over the past few months.

A diverse and ready to go economy system is coming together. This system supports items as a currency, which can be added to the bank at spawn. Gold/Silver can be dropped from mobs out in the world. As you can see we have a neat little GUI, with a bunch of options, players can deposit, exchange or withdraw their gold items. I want to hook shopkeepers into mycommand to let players actually use an item based currency in a gui rather than buying through chest shops to make it a little bit more immersive.

A housing system has been made, this took me a ridiculous amount of time to configure requiring a few scripts just to get working right. Players can use the menu to purchase an island, teleport to their island and have some settings changed. In the future I need to design a smaller home island so it doesn’t take as long to generate cuz of the lag. We can limit chests or blocks on the island, and can be shared between players. The largest issue right now is the test server I’m running this on has a really long processing time, so creating islands and homes, im not quite sure what the most optimized setup or size will be, though housing works, we will add it in a future update after release.

We are actually running a quite… particular setup when it comes to items, I think I have a setup of 5 plugins to manage items/textures/skills and drops for these items. Very complicated. Very time consuming. Not much progress has been made on items but the general planning and proof of concept has been done. What will take the most time is assigning custom textures to items or importing new textures/models into the server. As we are running no mods this is why I’m running 5 plugins just for items alone. Obviously this isn’t something we can bring to HM.

Not all items will have custom textures, however I’m aiming for anything that’s rare or above to have some kind of skin. We want the server to have a mc vanilla feel, but we want to have custom mobs and items to make things unique. One thing which would be awesome is the possibilities of making more complicated items that wouldnt be possible on Hm due to plugin limitations, we can give swords and items way cooler abilities which I will show off in a future update.

In the concepts, there’s a number of item sets, we can lock higher level weapons behind player exp levels or so on…
SHIELDS: Grant a passive offhand bonus
SWORDS: Average Speed/Damage
AXE/HAMMERS: Slow speed, High Damage
SCYTHES/BANES: Fast Speed, Low Damage, Life Steal
BOWS: Ranged/Magic Arrows
WANDS: Magic Weapons/Energy
BOOKS: Spell books for your average enchanter or enchantress…
FISHING: I bought pyro fishing, lets use the plugin - Gold source
POTIONS: Can do some fun stuff with the plugins I have

It wasn’t easy but I managed to create a 10,000 by 6,000 world from scratch. See the map below in comparison to the HelloMiners map. You can imagine it would be difficult to populate the world with a decent amount of shrines/dungeons and secrets, hense why its taking so long. The world will be divided into “Zones” basically areas where certain difficulties thrive in. For example Zone 1 is going to be somewhat safe, with deer, squirrels and other passive mobs roaming around, with the occasional dangerous foe. With most of the mobs in or around shrines/dungeons. Versus in Zone 3, there will be mobs everywhere trying to kill you. I really want to expand the map to the left, and maybe expand the map 4000 blocks to the west, which would add a whole new play area for players to experience. I feel like its kinda needed in lower levels because it allows players to kinda move around in moer directions from warpgate 1. Again this can be added either close to release or after launch. The only issue i see, is if we start adding dungeons, placeholders, and mobs to the map, if we expand the map that data might be damaged. I will have to look into this more. But I feel the map size we have currently is more than enough.

Gear is not going to be OP, I learned my lesson from nightbanes. With the weakest gear being leather, and the rarest most common gear being enchanted iron. With the occasional ultra rare item being diamond. We can control the amount of each items being generated in the world with either drop rates or limited trades from secret venders or merchants throughout the map. We can also allow for loot crates to spawn around the map, for example if you walk into a castle, you might find 2-3 loot chests with food or weapons, maybe even potions. This is just another way to make it less grindy.

Quests are possible - I have a couple proof of concepts for quest givers so far but its just hard without having mobs setup. I figure the majority of quests are going to be fetch and kill, or exchange this item for this much gold, go to this location and so on. But we might be able to script more in the future.

Vehicles can be added in the future similar to what we have on Hellominers, but we would need to keep it a magical/theme and not as modern, I want to add a ruined skyscraper area in a future continent, and maybe cars or other vehicles could technically drop there, but they wouldnt be very practical… 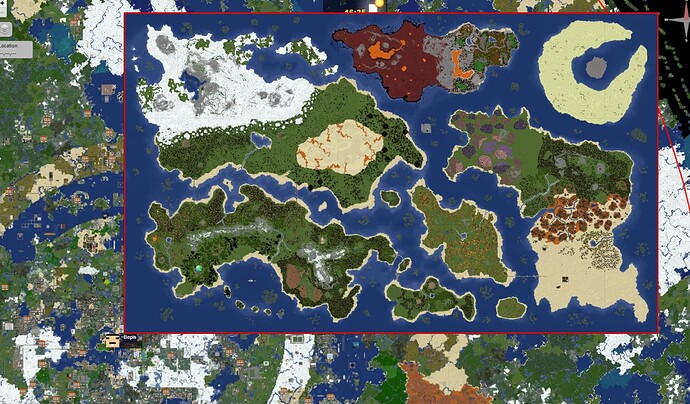 This is just a fun little thing I created, it lets players test to see how much damage they can do on average with their weapons. For those who dont know their statistics too well it works great. I can easily port this over to HelloMiners if players were interested.

That’s all for this Summers Quarterly Update on Mystic, if you have any questions feel free to reach out. I’m always needing talented builders to help bring things together. The next quarterly update I will most likely be focusing on mobs, the leveling system, items and drops and the start of shrines/dungeons.

I will be taking any questions on Mystic Miners, Server Development or General Inquiries.